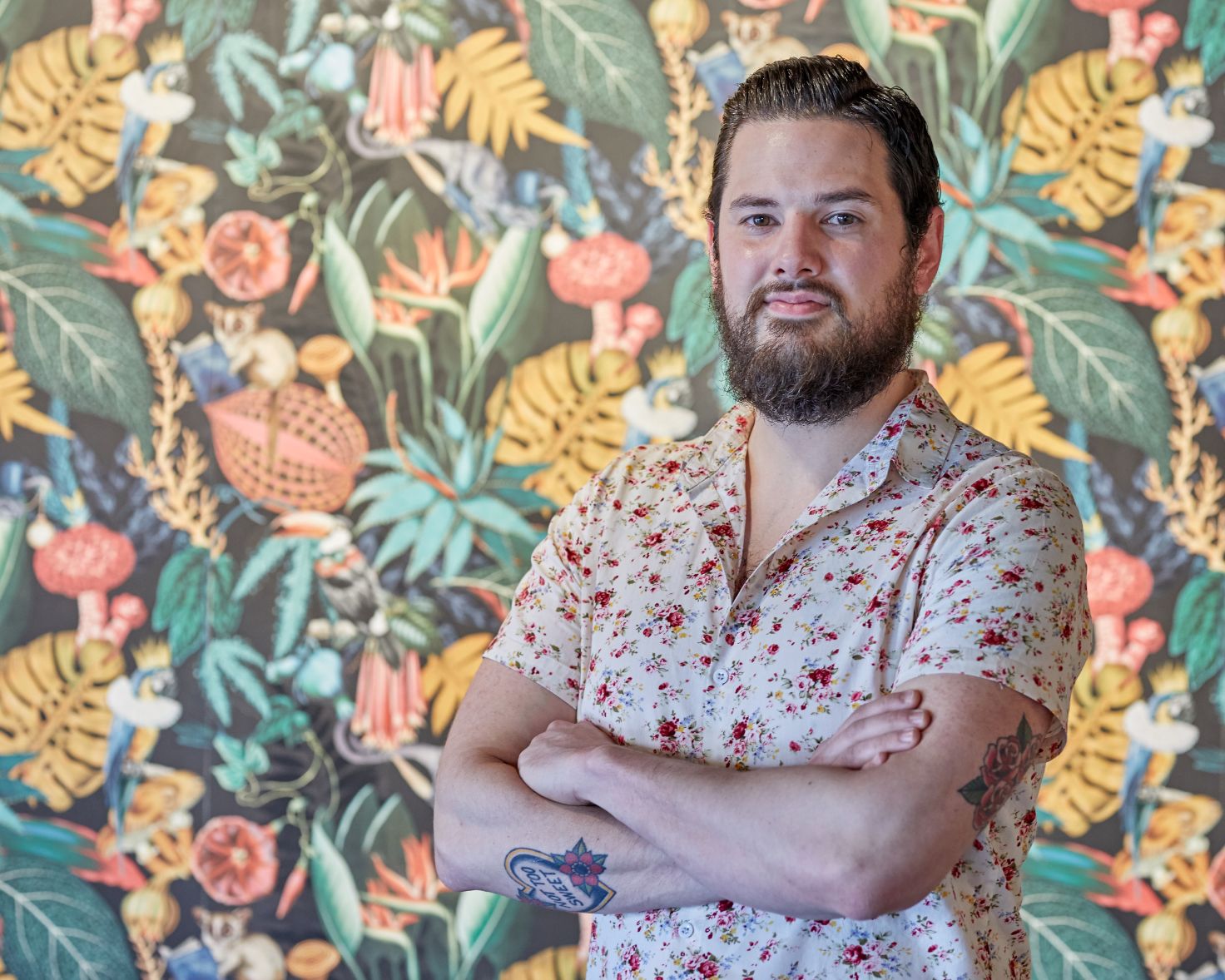 Zack’s father is a bartender so he grew up being in the service industry as a passive observer. From watching his father, he came to know the lifestyle and how it is very different from that of someone who works a nine to five desk job or even that of a cook or server. Your day does not end until the early hours of the morning.

His first job was working for Parks and Recreation at Pullen Park. He was the Recreation Leader for all of the rides and was there for seven years. You may have seen him at the boats, the train, and of course, the carousel.

In 2010, he turned 21 and was ready to get into the world of bartending but he did not have any experience. Zack’s first job in bartending was at the Museum of Art in 2010 as a catering bartender. Catering bartending is very different than bar or cocktail bartending because if you do not have something with you, you just do not have it. Zack is glad he was able to get his start there because it let him see the event’s side of bartending and most importantly, it allowed him to add bartending to his resume. 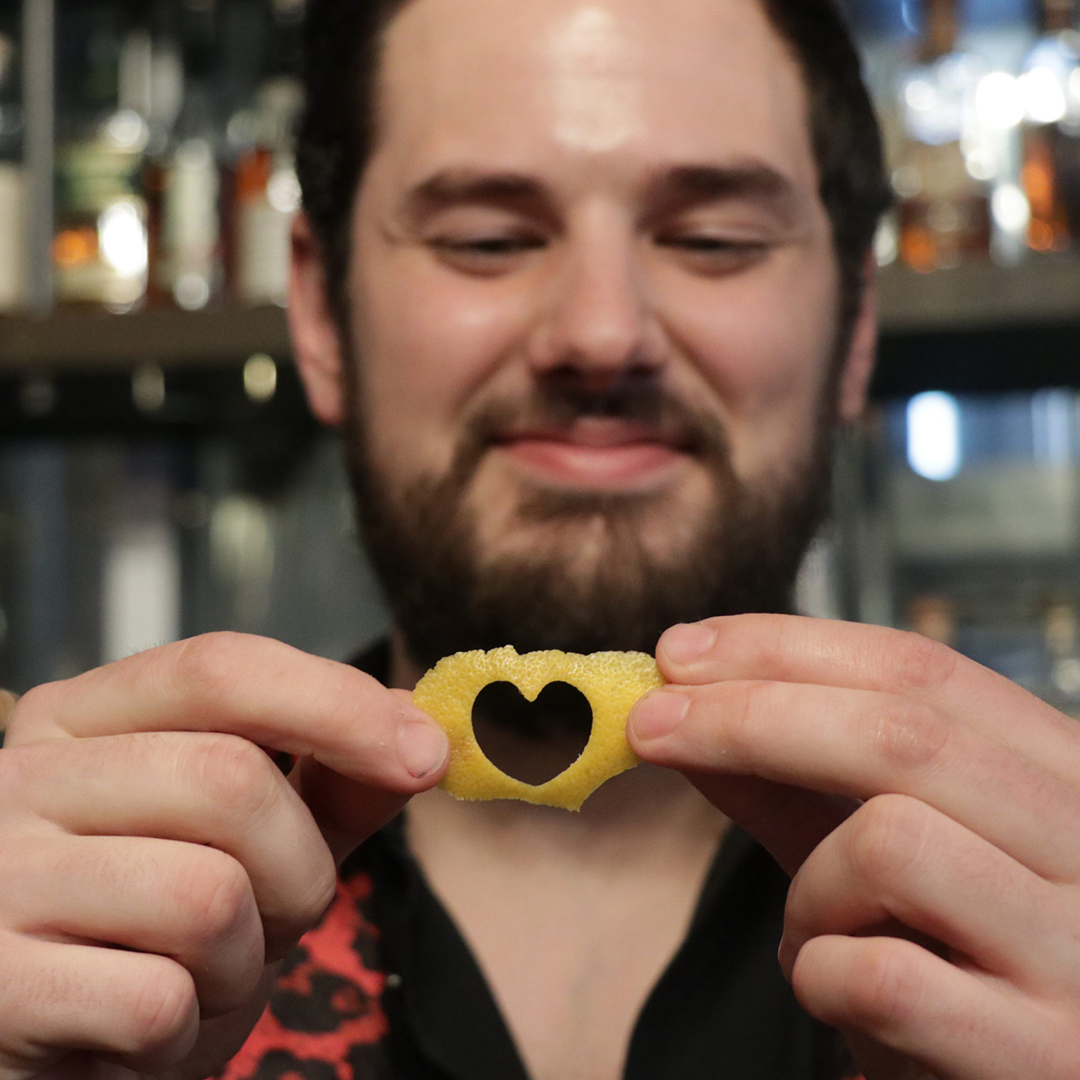 In 2012, Zack moved to Massachusetts and got a bartending job at a great restaurant called Hyland Kitchen, known for its cocktails. Boston cocktails did not really start until that time. Boston was always concerned about beer, so they were a little late to the cocktail game. To get a job at this restaurant was a very big deal for him. They had an incredible cocktail program. It was at Hyland Kitchen that this barman had his first shot of Fernet and it was all downhill from there… but seriously, Zack’s appreciation for the craft only increased.

Around this time, big things were starting to happen in the bar scene in Raleigh. Foundation and other cocktail bars were beginning to open. Raleigh was home and Zack wanted to be part of the growth that was happening here so he moved back and got a job at Foundation. At Foundation, he was hired as a bartender which is extremely rare. Most of the time, you are hired as a doorperson, then move up to a server, then a barback, and finally become a bartender. Kevin Barrett, the co-founder of Dram and Draught, was the manager at Foundation at the time. Zack credits him for teaching him all the good things he knows, especially about creating a vibe. Zack says that Kevin showed him that sometimes it is less about the cocktails and more about the environment. How bright or dark the lights are, how loud the music is… all of these things are just as important as the cocktails themselves. At this time, bartending became less of a “product thing” and more of an “environment thing”. Foundation is very compact, you have the ability to completely shift the environment at the drop of a hat and Zack learned that from Kevin. After Kevin left to start Dram and Draught, Zack became the manager of Foundation and started focusing his energy on cocktails. At the time, Foundation was not a culinary cocktail bar and he started to implement a lot of the recipe development that they are known for today.

While managing Foundation, Zack had his first child, a son, and he was really trying to figure out how to be a father and a bartender at the same time. He stopped managing/bartending at Foundation and went to school full time, worked at the Museum of Art, and started picking up a few bartending shifts at The Haymaker. The more he started working at The Haymaker, the more he missed the world of bartending. The Haymaker was really calling him back home and he could not say no. He decided to start doing consulting jobs and helped open Watts and Ward as well as Revival 1869 by training their staff and helping build out their cocktail programs.

Consulting led to a job at The Crunkleton in Chapel Hill. This bartender-turned-bar manager turned consultant, loved training others but also knew he wanted to learn more. Zack spent a lot of time with Gary Crunkleton and recognizes him as his number one mentor. He describes Gary as a family man who also has a very successful bar business. Gary stays true to himself whether he is behind the bar or not.

Fox Liquor Bar was the next stop Zack’s bartending path. The drive to and from Chapel Hill was getting to him and he was ready for a new challenge. At Fox Liquor Bar, he worked with Travis Brown. He describes Travis as one of the most talented and humble bartenders he has have ever worked with. It was at Fox Liquor Bar that Zack stopped focusing on extreme ingredients and started focusing on relatable, small ingredients and recognizing them for what they are.

When it comes to Killjoy, he hopes to stay true to the vision of the space and the cocktail program. Killjoy will offer cocktail drinks in a quick, relatable fashion without sacrificing entertainment or presentation. When you order a drink at Killjoy, you will get exactly what you are asking for – the bartenders will ask you questions to help you get the cocktail just how you want it. For example, do you want it spirit-forward? Do you want it shaken or stirred? What is the difference between having a drink shaken or stirred? How will it affect the taste? Whether you are new to cocktails or have been drinking them for years, you will feel right at home at Killjoy.

The Killjoy leader is also proud of the non-alcoholic cocktails Killjoy will offer. Zack is sober and he understands how hard it is to find a good cocktail that does not include alcohol. He wants people to get the same experience and great drink whether they are ordering with alcohol or without.

Q. Give us the 30-second personalized elevator pitch that describes you in a nutshell.

A. I am on the never-ending quest to find work and life balance and ways I can provide this to myself, staff, and guests.

Q. What is something only your best friend knows about you?

A. I am not a liberty to answer that…

Q. If you could have one superpower, what would it be?

A. Invisibility on a Friday or Saturday night.

Unfortunately, invisibility not an option for Zack as you will be able to see him behind the bar at Killjoy on most days and nights!

What a weekend 🪐 who’s excited for Halloween?

L I V E DJS tonight 💥 does this amazing weather