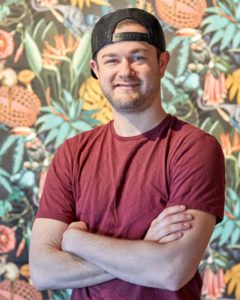 Some 600 miles away from Downtown Raleigh, Josh started his career in hospitality while living in Tallahassee and working at Mike’s Stone Baked Pizza… but it wasn’t until a stint in auto parts that he knew a job in hospitality was the path for him….”

Josh went to Tallahassee to go to college and continued his high school job at NAPA Auto Parts there. It was at NAPA that he met a friend who became like a brother to him and would eventually be the reason he moved to Raleigh. (Thanks, friend 😉). This friend taught him a lot about how to get the best out of people. Josh worked for him for five years but eventually became drained from working in the auto industry because it was not something he was passionate about.

Mike’s Stone Baked Pizza was next to the Florida State campus and this became Josh’s second job. Josh used to eat there all of the time because of how high-quality the food was. He ended up picking up a part-time job there answering phones and making salads and sandwiches. He loved it because he loved working with food and people. The owner, Mike, ended up selling the restaurant to a man named Walter. Within the next couple of days, Walter asked Josh if we would like to be the general manager. Josh saw it as an opportunity to get out of the auto industry for good. It was his first hospitality management job and he loved it. He loved being able to talk to people and do phone sales as well as counter sales. A year went by and Josh was ready to get out of Tallahassee. It was a college town and he needed something new.

Josh’s friend from the auto industry asked him to move to Raleigh with him. He had an idea of starting a pop-up events company and 30 days later, Josh found himself moving to Raleigh for this new position. Within a week of being in Raleigh, they found out that a guy they had developed as a business partner, was embezzling money and committing fraud. It was then that Josh realized how ruthless this business was – he found himself alone in Raleigh with no job and he knew very little people. The friend he had moved with decided to move back home.

Josh knew Christy Wade at Cornerstone Tavern who told him about a serving job at Zinda. Josh started serving at Zinda but after a week, Dutch, the manager of Zinda at the time, asked Josh if he would be interested in running the place. Dutch taught him everything from how to change the light settings to how to work with liquor representatives and everything in between. Josh became the banquet captain and was in charge of running dinner and events. He was also bar backing and serving tables.

Zinda began to pivot to a new business model and Josh saw this as his chance to take on more responsibility. He dove headfirst into cocktails. He read all he could and sat at empty bars just looking at spirits he was not familiar with. For example, he had never heard of Campari so he tasted it, learned where it came from, and researched what people were using it for in cocktails. From there, he then started bartending at Zinda. Zinda was turning into more of a nightclub and less of a restaurant.

It seemed everything had come full circle because he had moved to Raleigh to do events and was back in the event and party business. While The Haymaker was opening, Josh spent some time managing Cameron Bar and Grill. 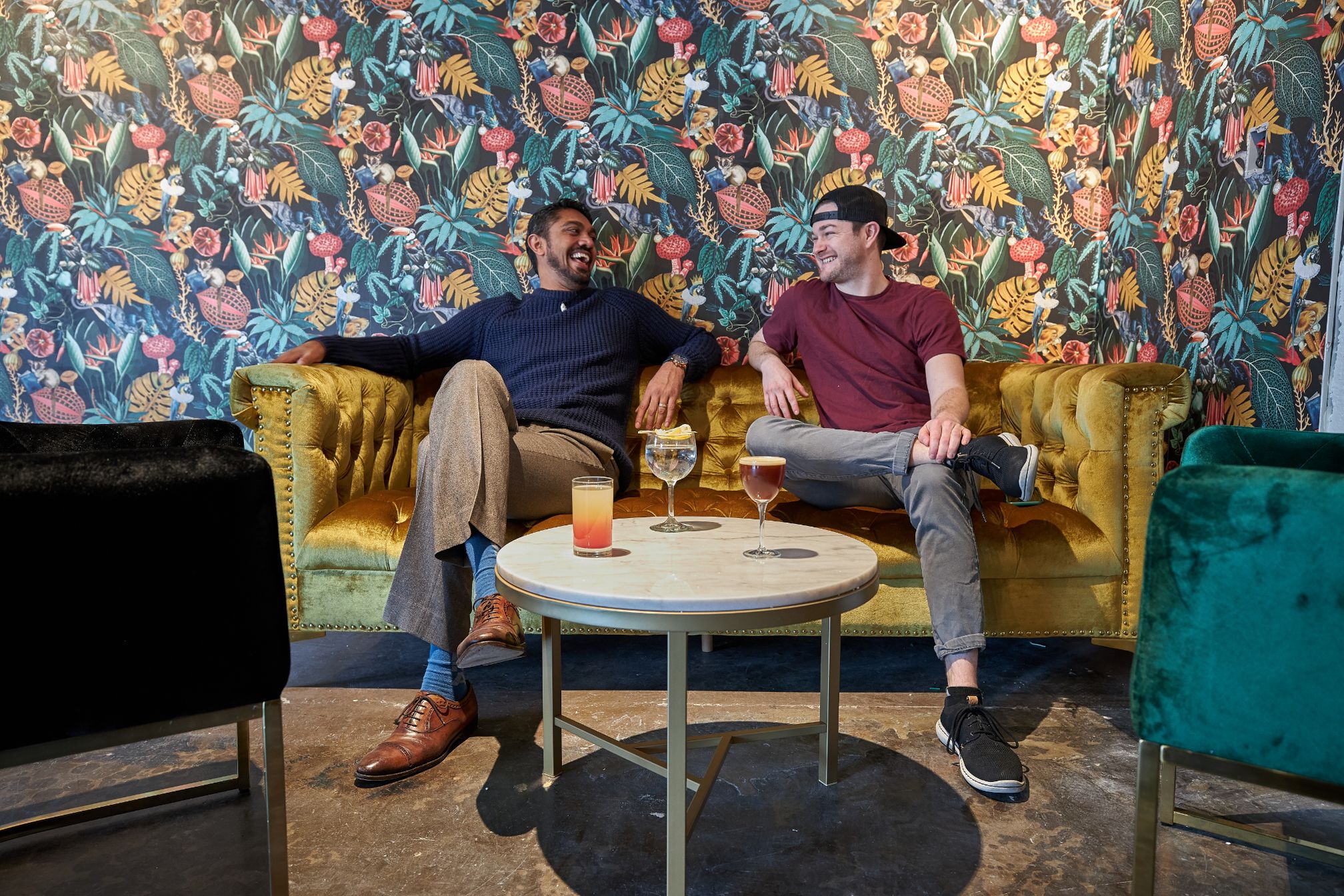 When The Haymaker opened, Josh did not know a lot about cocktails so he kept studying. He read, watched videos, watched seminars, and just took in all the information he could. Soon after, Josh opened The Haymaker with Alex Flynn. Alex knew a ton about cocktails where Josh knew a little more about administrative processes so they worked together perfectly and learned a lot from each other. After two years at The Haymaker, Josh met with longtime mentor and Haymaker owner Gaurav Patel to discuss opening Killjoy.

During Miracle at The Haymaker, Josh learned that they had the ability to create fast, great cocktails at a good price. Cocktails have the perception of taking a long time and being very expensive, Josh hopes to break this stereotype at Killjoy.

Q. Give us the 30-second personalized elevator pitch that describes you in a nutshell.

A. I love the world of cocktails, events, and parties and seeing how that reflects onto people and their experiences. I consider myself lucky to do a job that I am excited to get up and do every single day.

Q. What is something only your best friend knows about you?

Q. If you could have one superpower, what would it be?

Have you had the pleasure of meeting Jules? ⁠ -*

Sunday's are for relaxing. Come relax on our patio